Acquittal in case about trade secrets

The Maritime and Commercial High Court has by judgement of 21 august 2020 found that EMCO Controls A/S (“Emco”) may continue to produce, export, import, market and sell measuring instruments as far as more recent software versions of the company’s products are concerned. Attorney Mette Vestergaard Huss from Skau Reipurth represented Emco in the case against Valmet Automation Inc. (“Valmet”).

In 2015 Emco added a new product line to its assortment, as Emco initiated a process of developing an analyzing instrument for the use of analyzing various liquids. Several of the key persons at Emco had previously worked with development and production of similar products at a competitor and they were assigned with making a new instrument that could solve simple tasks of measuring temperatures as well as complicated measurements in special chemical liquids.

The question in the case was, inter alia, if Emco by producing, marketing and selling the measuring instruments violated Valmet’s copyrights, and if Emco had made illegal use of Valmet’s trade secrets

No copyright protection
The Maritime and Commercial High Court found that the software Valmet had in its instruments was created by using generally recognized and widespread programming languages and protocols. Therefore, the software was not a program with independent protection.

Emco was acquitted for having violated Valmet’s copyrights. Further, the Maritime and Commercial High Court confirmed that copyright protection is not attached to the ideas or principles, such as for example algorithms, underlying a program.

Emco was acquitted by the Maritime and Commercial High Court for having violated Valmet’s trade secrets for all instruments, model 560, 570 and 580, with software version 1711 (marketed from November 2017 and onwards) or newer. However, the Court found that older instruments had to be replaced. The acquittance of the newer instruments was reasoned with the statements in the Court from Emco’s employees about their development work and the expert valuation carried out in the case.

Relevance of the case
Emco has through the years – dating back to the initiation of this case – secured a continuous replacement of software in instruments at customers so that where possible all instruments have been replaced and updated to instruments with software version 1711 or newer. Therefore, only a limited number of customers will be contacted by Emco about an update of their instruments.

As a result of the Maritime and Commercial High Court finding that Emco had to withdraw the original instruments with software version 1511 and up to version 1711, the Court also found that Emco had to pay a compensation to Valmet. Emco does not agree with neither the Court’s judgement nor the compensation. Thus, this part of the judgement is appealed to the Eastern High Court by Emco. The remaining matter may still be appealed.

You can read the Maritime and Commercial High Court’s decision in Danish here. 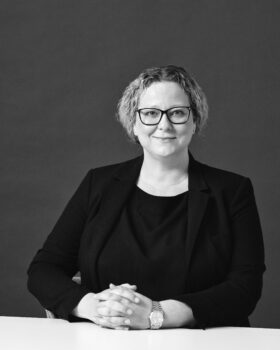