In recent years litigation funding has become popular in connection with litigation and arbitration in Denmark. Several of the largest cases that are pending before the Danish courts and arbitration tribunals are entirely or partly funded in this manner.

As a starting point, litigation funding is a relevant funding method for nearly all types of disputes that concern a money claim and not least disputes arising from an estate in bankruptcy.

It is often the case that in connection with the administration of an estate in bankruptcy the trustee finds that for instance a claim for avoidance or a claim against the company’s former management should be tried by the courts but this does not take place due to the estate’s lack of funds. In such cases a third party’s funding of the claim being pursued in court (litigation funding) may, depending on the circumstances, contribute to the increase of the estate’s assets to the benefit of the estate’s creditors (depending on the outcome of the case).

We will explore the concept of litigation funding below.

What is litigation funding?
A number of (foreign) companies carries on activities in the form of offering other companies (the “beneficiary”) that are conducting or are about to conduct litigation or arbitration against a third party to pay the costs of the case against a share in the future proceeds of the case.

There are many ways in which the funder’s proceeds may be combined but usually the proceeds are calculated as a percentage of any amount (for instance damages) that the beneficiary may be awarded as part of the litigation or arbitration. Another structure may be that the funder’s proceeds are calculated based on the size of the investment made. The structure selected depends on the nature of the case and the contractual basis with the beneficiary.

The contract terms between the funder and the beneficiary typically imply that the funder does not become entitled to “assume” control with how the litigation or arbitration is to be conducted.

Any offer from the funder to fund the costs of the case is often based on extensive and complicated financial and statistic calculations of the outcome of the case. The funder usually carries out a due diligence of the quality of the beneficiary’s claim against the third party, including the weight of the evidence that is to support the claim.

The funder also analyses the relevant legal costs and the size of for instance the damages that the beneficiary (and consequently the funder) may be awarded if the beneficiary is successful. Furthermore, the other party’s ability to pay and the possibilities of enforcing the judgment or the award are also analysed.

Litigation funding of insolvency claims
During the administration of an estate in bankruptcy one or more claims are often identified against the debtor or a third party which should in the trustee’s opinion be pursued in court as the trustee believes that the chances of being successful are good. However, this requires that the estate has the funds for funding the case which is often not the case.

If the estate gives up a claim against a third party, any of the creditors may as a starting point institute legal proceedings against such third party, see section 137(1) of the Danish Bankruptcy Act. As an alternative, the estate may enter into an agreement with a creditor or for instance a funder in order to provide security for or to fund the costs of the case against a part of any proceeds on terms to be agreed in further detail.

Such agreements are as a starting point valid, at least if the estate has informed all creditors about the terms of the agreement with the creditor/funder and this does not give rise to objections from the other creditors and if the estate has unsuccessfully examined the possibilities of obtaining a better offer (see the Supreme Court’s judgment of 23 March 2017 in matter no 266/2015 (published as U2017.1815H in the Danish weekly law reports)).

Litigation funding may be the right alternative
In our opinion insolvency claims may be obvious investment candidates for a funder. This is particularly the case as the trustee will often have analysed the possibilities of being successful in the relevant insolvency claim which would have to be funded to be pursued in court. This will save the funder from having to carry out considerable work.

In addition, the trustee will have extensive experience in litigating insolvency claims which should result in the strengthening of the funder’s probability of “getting back the investment”.

The specific fee structure would have to be considered carefully and be transparent in relation to all of the estate’s creditors and not least the bankruptcy court but on the right terms ligation funding of such claims can – in addition to serving as a positive investment for the funder – be a very expedient way of trying to increase the estate’s assets to the benefit of all creditors. 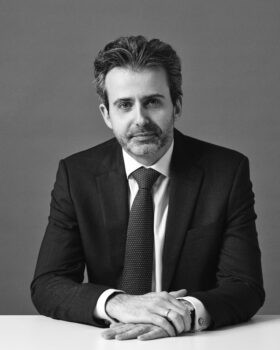